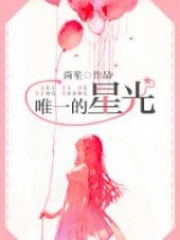 actual summary: As a senior fan, Jian Wei would go on WeChat every single day and with her fellow worshippers, they would share and ravish the beauty of the great Male G.o.d. Everyone agreed: “Let’s not forget, if we sleep, we sleep together!” However, when Jian Wei managed to sneak into Male G.o.d’s filming crew, and became a staff member very close to her Male G.o.d it became quieter day by day. Finally one day, a male voice appeared in the WeChat: “You every day, are discussing this kind of thing?” All the fans: among us, there is a traitor! Σ (° △ ° |||) ︴ Xixi’s summary: When Jian Wei was thirteen years old, she stood outside of the gymnasium and watched as the boy sang on the screen as if the stars were falling out of the sky, and when he turned his head and looked into the camera, the clear dark eyes were staring straight at her. As if he was looking at only her. Later on, despite not being related in any way, Jian Wei must wear a mask due to being mistaken for Zhou Peipei, a famous celebrity. To others, she is no longer Jian Wei, but she is Zhou Peipei. 7 years later, she meets her Male G.o.d yet again by sneaking into his filming crew with her famous round cat, he becomes one of the first people who realizes she is not Zhou Pei Pei. because all this time, he has been looking at her, you are my only star

21 The Sky Musketeer And The Hellblitz Knigh 91664