Lonely Attack On The Different World 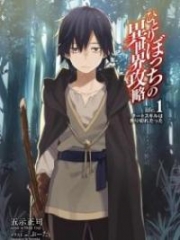 The strongest doesn’t need cheats. Haruka, a high schooler who spends his life as a “loner,” is suddenly summoned to another world with his cla.s.smates. Noticing the G.o.d in front of him, Haruka was going to get cheat abilities by picking what he wanted from the skill list so that he could live in the other world――or so he thought, but the skills were first come, first serve. All the cheat skills were taken by my cla.s.smates?! After not being able to get any amazing skills, Haruka’s “loner” skill made him unable to join any parties. Even in another world, he’ll adventure in solitude. Haruka, recognizing the crisis of his cla.s.smates, decided to secretly help them out while not relying on cheats. He’ll surpa.s.s cheats as he walks the path of the strongest――. Let the curtains raise for the tale about the strongest loner’s attack on the different world!